Home » Who should inform 1st-time buyers about lease extension: housing associations or solicitors?

Who should inform 1st-time buyers about lease extension: housing associations or solicitors?

There are many reasons why housing associations should be providing information on lease extension at point of sale.

“At the moment a shared ownership new build property would go with a traditional lease length of 125 years.”

“The ability to extend lease lengths at the beginning, to have longer lease lengths, would be a positive thing for the consumer.”

Housing associations appear to have largely failed to inform shared ownership buyers at the point of sale – or afterwards – about the significance of short leases; including the interaction between a 99-year lease, the 80-year threshold (after which lease extension becomes substantially more costly), and a 25-year mortgage term. Shared owners can unexpectedly encounter the need for an expensive lease extension before they’ve even finished paying off the mortgage on their first (and perhaps their only) share. For many it can be unaffordable, with potentially adverse consequences.

Panorama Producer, Datshiane Navanayagam, says: “A lot of people have been kept in the dark about their lease length, and what it means”.

My experience of lease extension

My own housing association Metropolitan (now MTVH) didn’t provide any information at all about lease extension when I purchased the first 50% share of my shared ownership flat in 1999, or in the decades following. I was shocked when a valuer from my mortgage lender explained in late 2018 that my flat had started to go down in value because there were now fewer than 80 years left on the lease. I was even more shocked to discover that the cost of extending a lease goes up exponentially from the same point.

Unfortunately, it’s not cheap to extend a lease. As Peter Apps, Deputy Editor of Inside Housing, explained to the London Assembly Housing Committee in January 2020:

“I just do not understand how people can go into this owning a 99-year lease on a property, or in many cases a 125-year lease on the property, without it being properly explained that you need to save now for the extension because it is going to cost an awful lot of money. It seems to come completely out of the blue and there seems to be a kind of residual expectation in the sector, not just among housing associations but among landlords of leaseholders full stop, that people just have that money lying around to extend a lease. People do not.”

I asked MTVH back in 2018 to explain their policy on informing shared ownership buyers about the implications of the 80-year threshold. Their Home Ownership Specialist responded:

“As per the terms of the lease, it is not a requirement for Metropolitan to advise customers that their lease term requires extending as it is down to the leaseholder to keep track of the term remaining and to make enquiries to the landlord of the process to extend…. Your solicitors should have explained to you the costs involved with having a lease prior to purchasing the property and in regards to the costs involved with extending a low lease term, it is well common knowledge (sic) that the lower the lease term of the property the more expensive the premium will be. It is down to the leaseholder to make sure they keep an eye on their lease term and to extend the term as soon as they financially can do.”

The Home Ownership Specialist added, as an aside:

“As your lease is currently low, you will need to think about extending your lease by following the attached lease extension information pack.”

Of course, MTVH isn’t the only housing association to point the finger at solicitors when shared ownership buyers express discontent with unanticipated costs that don’t seem to align with the affordable housing marketing message. Kate Henderson responded to criticisms voiced in the Panorama investigation: The Home I Can’t Afford by claiming:

“It is essential that anyone buying a home – whether through shared ownership or not – hires a solicitor. The solicitor is responsible for helping people understand the lease they’re buying, including its length and all associated costs.”

In a similar vein Wanda Goldvag, then Chair of the Legal Ombudsman, and currently Chair of the Government funded Leasehold Advisory Service (LEASE), interviewed on Radio 4’s consumer affairs programme You and Yours in January 2019 said:

“Lawyers have an absolute duty to explain complex clauses to people”.

So I contacted the legal firm who did the conveyancing for my first 50% share. In short, they stated that they didn’t provide any information on lease extension because shared owners (who haven’t staircased to 100%) have no statutory rights to extend their lease. They claimed that I should have been advised on lease extension issues at the point when I staircased to 100%.

LEASE were also of the opinion that the solicitors engaged when I staircased to 100% should have advised me on lease extension issues:

“Metropolitan sold the flat to you as a shared ownership property, and would not have discussed lease extensions with you because there is no legal provision for shared owners to extend their leases, It is only undertaken and granted at the discretion of the housing association. I am rather surprised that you were not advised about this when you fully staircased to 100%. I do believe that at some point, this information in respect of the lease as a diminishing asset should have been discussed with you”.

Next I contacted the firm I engaged for my conveyancing when I staircased to 100% in 2013. Their response:

“The instructions we received from you in terms of the leasehold interest were to staircase your interest to 100%. You also instructed us to act on your behalf in connection with the remortgage. The proceeds from the remortgage provided the premium payable for the remaining 50% interest with the balance remaining sent to you.

The term remaining as of today is 79 years which still provides adequate security for [your mortgage lender]. Their requirement in terms of the length of the lease term remaining is 70 years at the date of completing the loan.

Our instructions were limited to the above. You did not ask us to advise on valuation of the remaining term of the lease or on whether you should seek an extension of the lease at the time of the purchase and remortgage or subsequently. Had you done so we would have confirmed to you that were not qualified to provide advice on valuation and that you should seek advice from a qualified valuer/surveyor.”

It seemed neither of my legal firms agreed with MTVH that they were responsible for informing me about lease extension issues. I contacted the Solicitors Regulation Authority (SRA) to try and obtain more clarity on whether or not MTVH and LEASE were correct in stating that my solicitors should have informed me about the costs to extend a low lease term. Their response:

“You state in 2018 you re-mortgaged again and found out that due to the reduction in the number of years left on your lease, the property had decreased in value. You complained to both firms for failing to advise on a lease extension. You are unhappy with the responses provided by both firms. Our role is to consider what regulatory action is necessary. We have looked carefully at the information you sent us and did not identify any evidence of professional misconduct.”

Why pass the buck?

That seemed definitive! So why do housing associations and LEASE continue to blame solicitors for not telling first-time buyers about potential long-term costs and risks of shared ownership homes? And why do housing associations not provide the very information which would allow first-time buyers to better understand the tenure, and to plan their finances accordingly to maximise affordability? 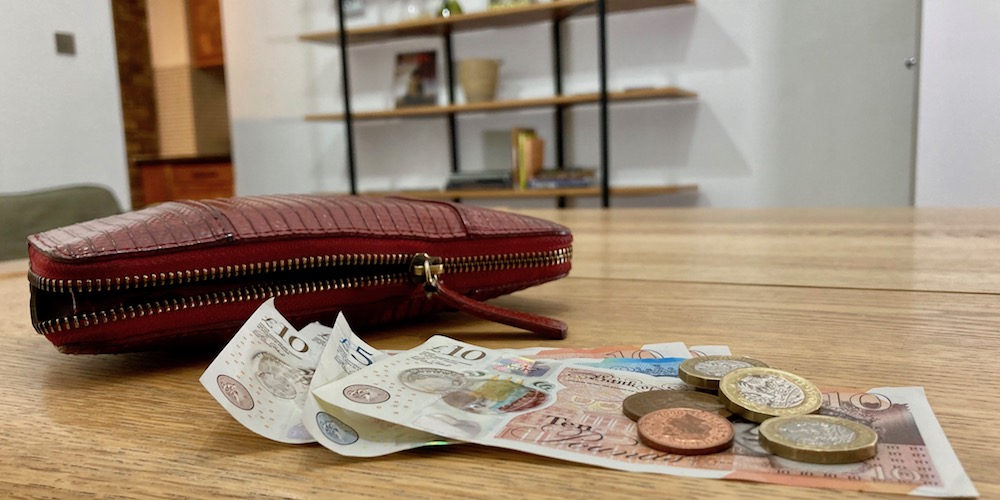 Certainly there is no excuse for lack of awareness of the issue. When I started digging a little deeper I found that academic researchers had identified the problem some time previously. For example, research funded by the Leverhulme Trust and carried out by the Universities of Bristol, York and Kent (Exploring experiences of shared ownership, 2015) found that:

5 arguments for transparency at point of sale

In 2019 The Law Society relaunched their Conveyancing Quality Scheme (CQS) requiring accredited firms to establish clear policies for dealing with purchases of leasehold properties. But improved conveyancing services won’t compensate for a lack of transparency by housing associations when it comes to shared ownership for a number of reasons.

Firstly, as Beth Rudolph, the Conveyancing Association‘s Director of Delivery, stated when giving evidence to the Housing, Communities and Local Government Committee in December 2018 on proposals for leasehold reform, relevant information needs to be made available to home buyers at the point of sale, before they engage a solicitor.

“The problem is that, by the time the buyer gets [the paperwork], with 14 days to exchange contracts or lose their deposits or lose their incentives, they are not in a position to absorb any of it. The time they should have been told was the point when they viewed the property.” (Q337)

Secondly, the expectation that solicitors should explain ‘complex clauses’ ignores the fact that the Homes England model lease for shared ownership does not include reference to lease extension in the contractual terms.

Thirdly, if legal firms are correct in stating that it is generally not within the scope of their duty of care to provide advice on lease extension until shared owners staircase to 100% (thereby enabling access to the statutory route), how will the 97.7% of shared owners who don’t staircase to 100% obtain such information and advice? Assuming the new CQS guidelines adequately address this issue there are still a large number of legacy shared ownership tenants who may entirely be unaware of the issue.

Fourthly, given that even those shared ownership tenants who don’t (and maybe can’t) staircase to 100% may want or need to maintain the value of their share over the longer-term, it doesn’t seem in their interests not to provide information about both informal and formal routes to lease extension at the point of sale in order that they can plan accordingly; whether that is to plan to extend their lease via the informal route (assuming that is available to them), or reconsider their options. In fact, it’s hard to understand why shared owners don’t have the same statutory rights as other leaseholders.

Fifthly, not providing information about potential long-term costs, including lease extension, at the point of sale undermines the affordability promise. If affordability is premised on a short time-scale, rather than over the longer term, this should be clarified in the marketing of shared ownership homes. It makes no sense to withhold the very information that would allow first-time buyers to make informed purchase choices, and plan accordingly for the long-term.

MTVH claim that ‘Our aim in everything we do is to support customer independence’. But the withholding of information and advice on the unique complexities of leasehold law has the opposite effect.

Proposed reforms to the shared ownership model providing for 990-year or 999-year leases, and making it easier and cheaper to extend leases, are welcome. But problems arising from owning a home which is a diminishing asset will remain for the many thousands of legacy shared ownership buyers who purchased a so-called ‘affordable’ home with a 99-year or 125-year lease.